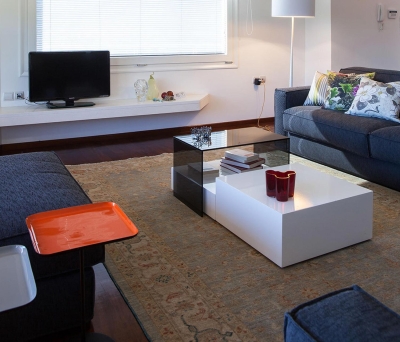 The amazing story of the cosmopolitan Ziegler carpet 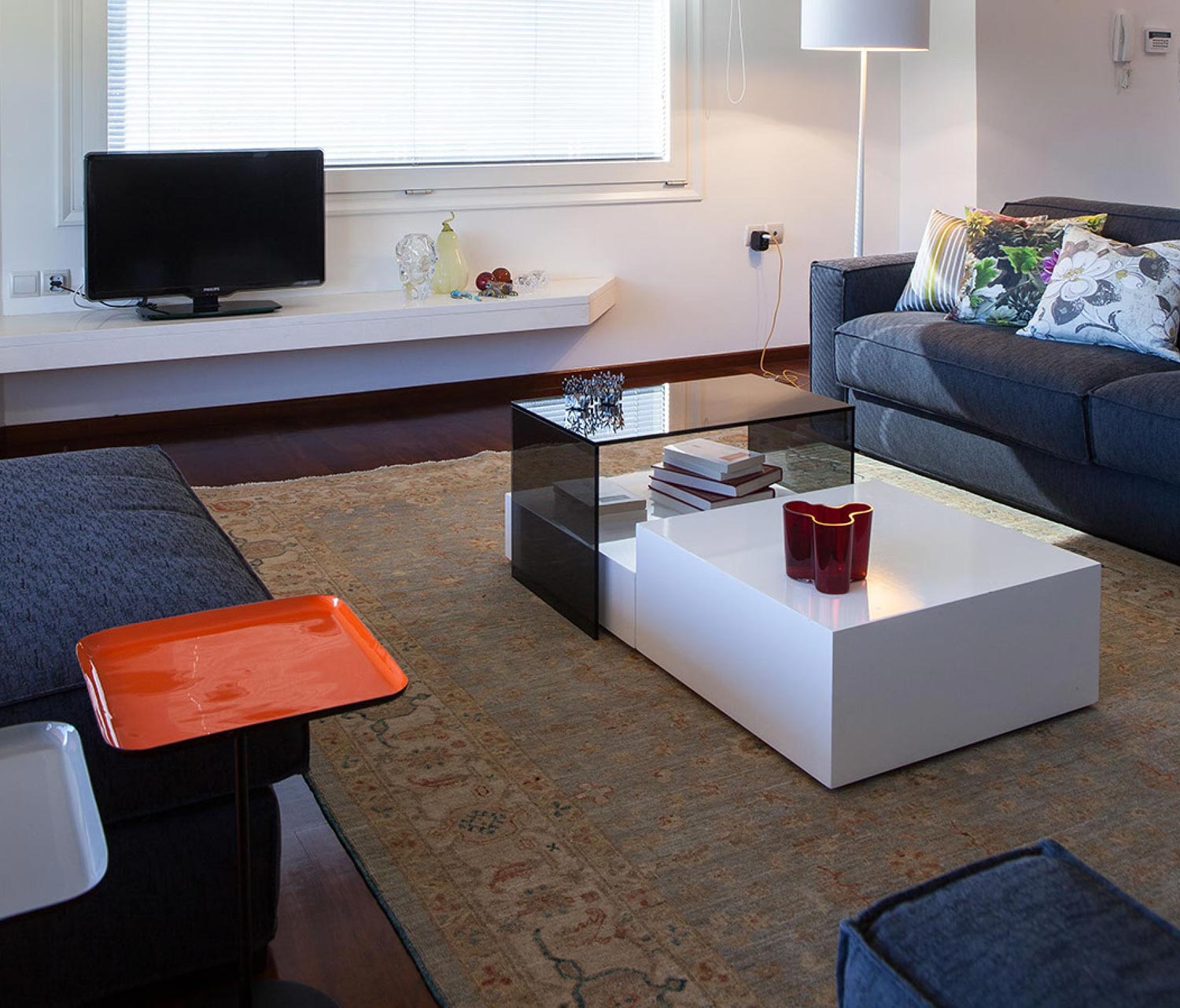 Designed in England by a Swiss immigrant. Made in Persia and now revived by Afghan carpet weavers in Pakistan and Afghanistan.

It was the 19th century when a Swiss named Ziegler migrated to England in the Manchester area to create a factory of printed woolen and cotton fabrics. At that time ,Iran was practically a protectorate of England.
The company Ziegler & Co exports its production to the Middle East and opened branches in Tabriz, then to Teheran, Soultanabad, Yazd and Isfahan. The work is going well, but the trade is done in riyals a difficult non-convertible currency, in order to extract money Ziegler must be marketed through various products from Caucasus and Russia but this eventually eat all the profit.

Love with East
after the Great Exhibition in London in 1862, and the World's Fair in Vienna in 1873 and Paris in 1878 the aristocracy asking for carpets to decorate the large houses, many stores like Liberty trying to sell Persian rugs but they usually do not match nor the style and the colors nor the sizes.
Oskar Strauss, a German partner of the company convinces Ziegler to the adventure of manufacturing carpets in Iran. '' Let's import carpets, but not whatever carpets, but what the market demands. These are not valaible so let's weave our own.''
Ziegler installed in Soultanabadin a city where is allready a structure and production of carpets.

Organized production
Ziegler wants his production to meet demand in terms of size, colors, designs, quality and of course the correct values.
In Ziegler & Company one can make special order the desired carpet. Amazing when you consider the level of telecommunications and transport of that time as opposed to the current standard.
So is buying a plot fencing with high walls and slowly transforms into a fortress-Ziegler, inside there are offices, warehouses, but especially the chemistry of color working feverishly for a correct color stability. The looms are in people's homes in several villages.
Ziegler employs up to 2,500 craftsmen and craftswomen.
Soultanabad (today Arak) is a relatively new city with about 10,000 residents replacing Mouskampant-a den of thieves-which was completely destroyed by the Shah. In order to safeguard the valuable production, carpet looms shared within 100 km. Among the various villages of the area, Mahal and Sarough are those that stand in fame and prosperity.

The end of a story
Thanks to exports to the U.S., the company withstand the difficulties of the first World War, but subsequent changes can not follow them: because of the fall of the Iranian currency, the warehouses of record huge losses, the state confirms the independence and deny the British their advantages and only controls the exchange rates. Finally the great global financial crisis is forcing the company in 1937 to stop its activities.

The normal story would end here, but the Ziegler rugs regenerated from the ashes.
In a country where the Ziegler sold the last of rugs-USA-, creating a new demand. The British and the Persian Empire, although no longer exist but the Afghans have ensured the existence of carpets.
The secret of success of these carpets were not the origin but the colors, designs and their style. Refugees from Afghanistan managed to revive this combination and success was not long in coming: after America and England, across Europe like most carpets are.

Unfortunately lately they are many ziegler made solely driven by ability to sell at the lowest price.
Our Ziegler-Ferahan it excellent worked quality rugs with excellent wool with great strength.
The Ziegler-Ferahan are knotted by skilled Afghan Turkmen weavers and robust with high knot density. Simply Ziegler usually involved with a simpler way eg the rear side and two loops are shown as two knots is only one knot ,they are thicker with less wool and work and therefore inferior.
The best ziegler is woven from twisted ghazni wool (handspun) dyed with natural dyes. 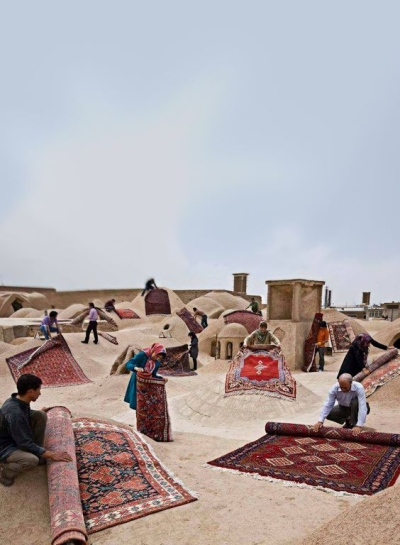 The carpets are roughly divided in terms of designs into: floral, geometric and modern, while in terms of material into: wool, wool-silk and silk.
Wool is the most common material as it is the most resistant to use and dirt, it can be washed often without losing its properties and insulates very well against cold and heat, so you can leave the carpets laid all over time.
Silk, however, enhances the quality of every space while it has always been a symbol of wealth and is used from ancient times on carpets, ornaments and art for the clearest and most detailed recording of designs.

The technique of carpet weaving first appeared in ancient Persia and slowly spread to the surrounding countries, experiencing its greatest prosperity in the 16th and 17th centuries during the Safavid kingdom where Esfahan developed into a cultural center of the wider region.
The oldest carpet ever found is over 2,000 years old (so the art of carpet is much older) and was found frozen in Siberia. It is characteristic that its construction technique does not differ in anything from the technique of knitting carpets nowadays. Today it is exhibited in the Hermitage of St. Petersburg.
However, all the important museums of the world (London-New York-Berlin-Vienna-Istanbul-Tehran etc.) exhibit old famous carpets

Handmade rugs have always been an excellent investment, as quality rugs in particular retain or increase in value over time, while old antique rugs hold staggering sums at major global auctions such as Sotheby's & Christies.

While the old original designs evolved and mutated over time and their symbolism has often been lost, the colors continue to express something, so e.g. Red - the color of life and joy - is the most common color while white and black which symbolize mourning and sadness are not common. Blue as the color of the sky and infinity is preferred as the base color or edging color while green as the sacred color is rarely used as the faithful Muslims do not press it.
So carpets are not just colorful, in the past and today especially in home carpets they express hopes, fears and feelings, whether they use brown the color of fertility or blue-indigo the color of loneliness.

The old traditional countries whose carpets are named after the region they were built in are Iran (Persia), China, Afghanistan, Turkey, and all the southern regions of the former Soviet Union, Morocco and Nepal.
Newer countries like India, Pakistan, Kashmir name the carpets according to the plan.

Lately there has been a return to the roots, weaving carpets again with old traditional and often forgotten methods * and in old designs
eg carpets Aryana, Feraghan-Ziegler, Belgik, Ushak and Kandahar
something that happens even in modern rugs that have a special patina of the old like Loribaft rugs and Ziegler-modern rugs.

Good to knowDid you know that