The art of weaving developed in the region comprising Pakistan at a time when few other civilizations employed it. Excavations at Moenjodaro and Harappa - ancient cities of the Indus Valley civilization - have established that the inhabitants used spindles and spun a wide variety of weaving materials.

Carpet weaving may have been introduced into the area of present-day Pakistan as far back as the eleventh century with the coming of the first Muslim conquerors, the Afghan Ghaznavids and the Ghaurids. It can with more certainty be traced to the beginning of the Mughal Dynasty in the early sixteenth century, when the last successor of Timur, Babur, extended his rule from Kabul, Afghanistan to India and found the Mughal Empire. Under the patronage of the Mughals, Indian craftsmen adopted Persian techniques and designs. Carpets woven in the Punjab at that time (often called Lahore carpets today) made use of motifs and decorative styles found in Mughal architecture.

At present, hand-knotted carpets are made by Afghan refugees residing in among Pakistan and is one of the countries leading export products and their manufacture is the second largest cottage and small industry. The craftsmen have the capacity to produce any type of carpet using all the popular motifs of Buchara gulls, medallions, paisleys, traceries, and geometric designs in various combinations and qualities.

Good to knowDid you know that 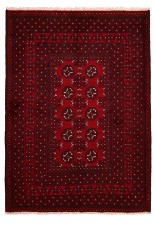 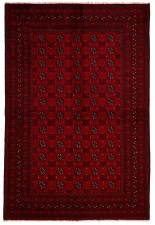 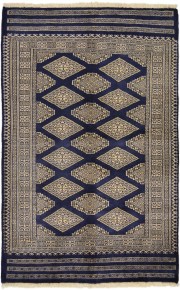